Your basket is empty.

Anniversary flowers hand delivered by a local florist in Australia.

Place your order within

Same day flower delivery in the AU on orders before 2pm

At Direct2florist we are proud to present over 400 local florists in Australia all delivering flowers same day to the address of your choice. On this site we present some of the very best florists in Australia, including top florists such as Padbury florist, Hanging basket florist and Ashgrove florist. Each of these genuine local florists present the type of quality and service seen across the entire membership. But, don’t just take our word for it, take a moment to read customer reviews so you can be sure of the quality and the service. When sending flowers for an anniversary, we cant think of better way than ordering through Direct2florist. 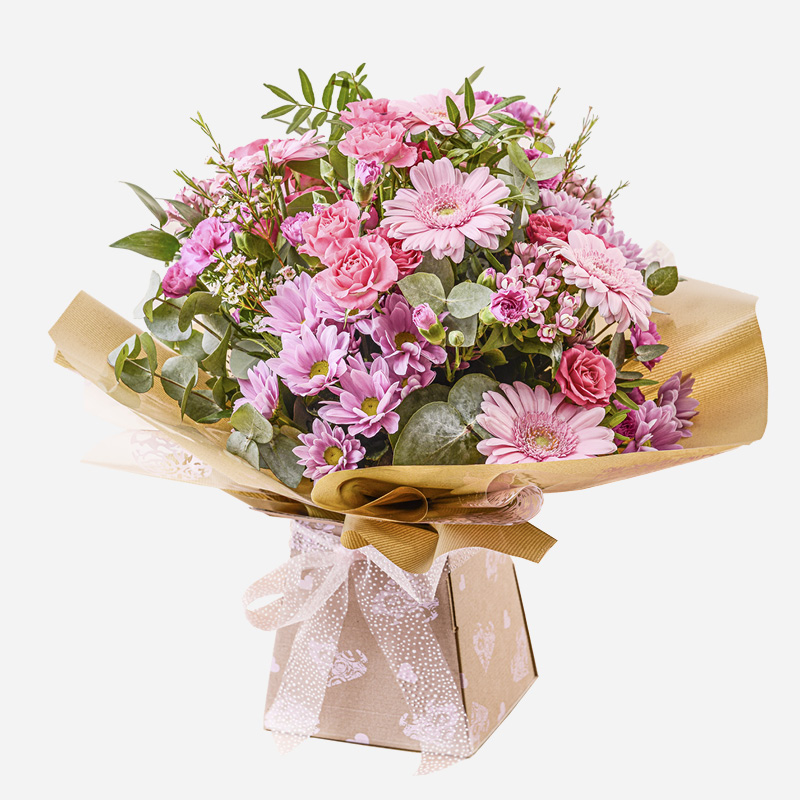 A celebration Hand Tied of pink shades. Perfect for any occasion. 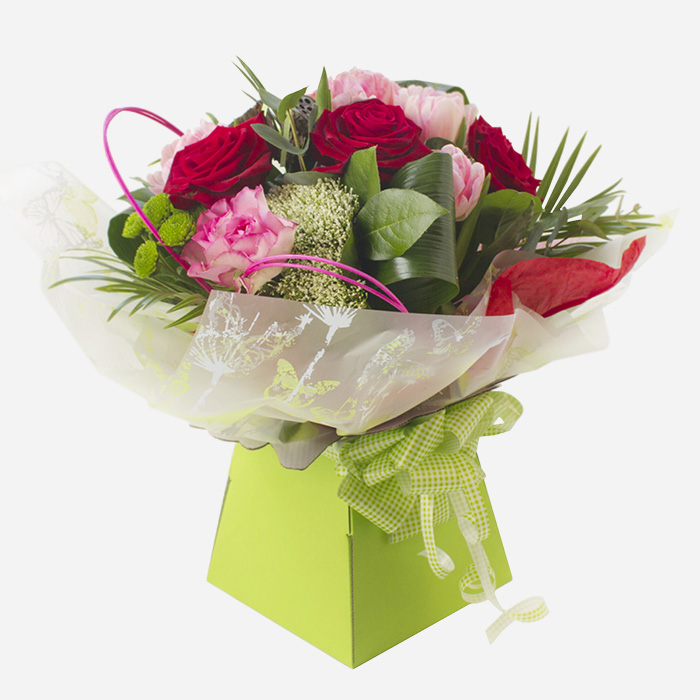 Red and pink roses and super foliage make this Hand Tied a special gift for any occasion.

Flowers fit for the Occasion.

For generations, flowers have had a very important role to play in the culture and history of many nations. Especially when it comes to special occasions such as marriages, birthdays, anniversaries and even sad occasions like deaths, flowers have a special significance and they are used to convey special meaning and messages. Giving flowers during anniversaries is an age old practice and it has not only stood the test of time, but has grown in strength and stature. 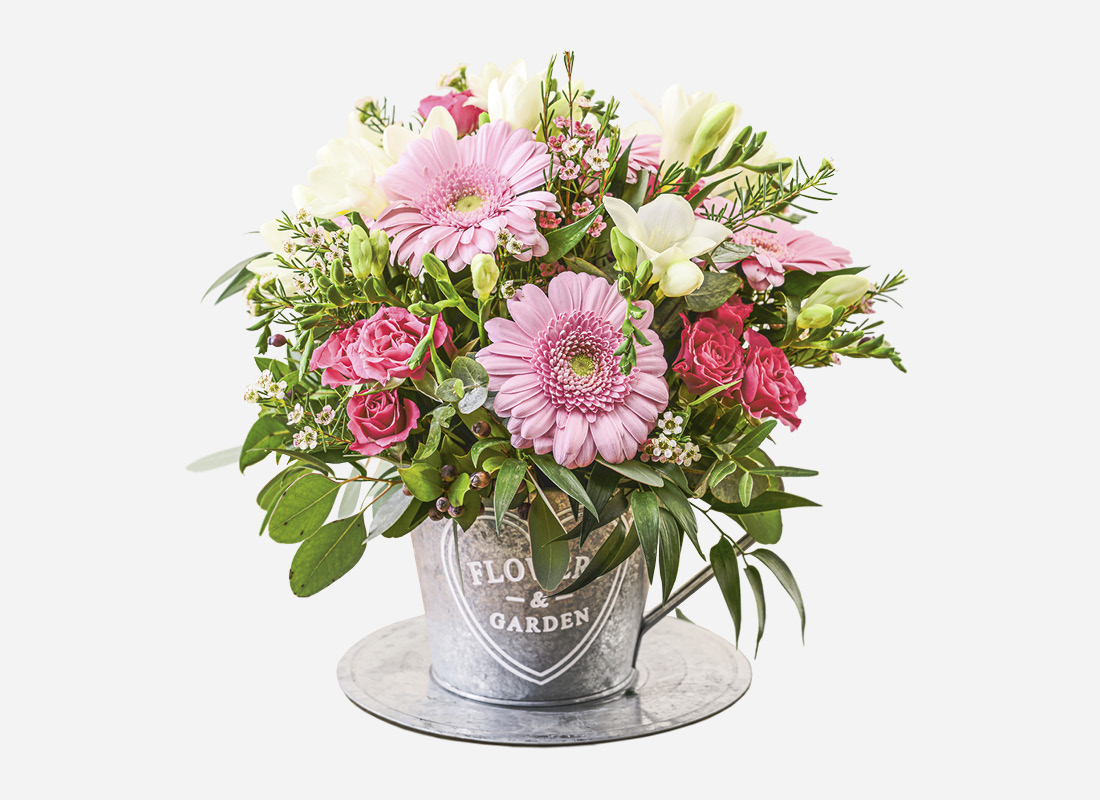 A timeless arrangement of pinks and creams in a lovely container.

Make it the perfect Anniversary with flowers.

This indeed is very heartening considering the fact that today we are living in a technological and material wealth, where gifts are judged by their economic value rather than the sentimental and emotional value attached to it. However, for anniversaries it always makes sense to give the right kind of flower which will go a long way in conveying the right meaning to the person who receives it. In fact there is a long unwritten code regarding the type of flowers that make the best gifting ideas for each passing year of the marriage anniversary.

There is a feeling that for the first marriage anniversary Carnations are the best choice as gifts. This is because this flower is supposed to represent the importance of sticking to ones vow and promises and also is a precursor to the joyful days which lie ahead for the couple. Similarly for the second anniversary it is usually thought that gifting a flower arrangement of bouquet made from Lily would be a great idea. Anniversary flowers can really brighten the occasion. 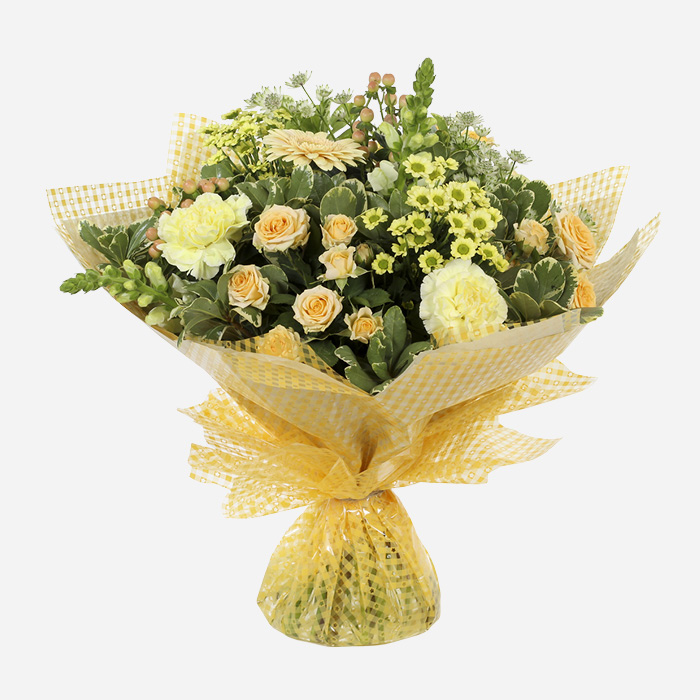 Energise their day with a stunning surprise. A warm collection of seasonal flowers artistically arranged by an artistic florist. 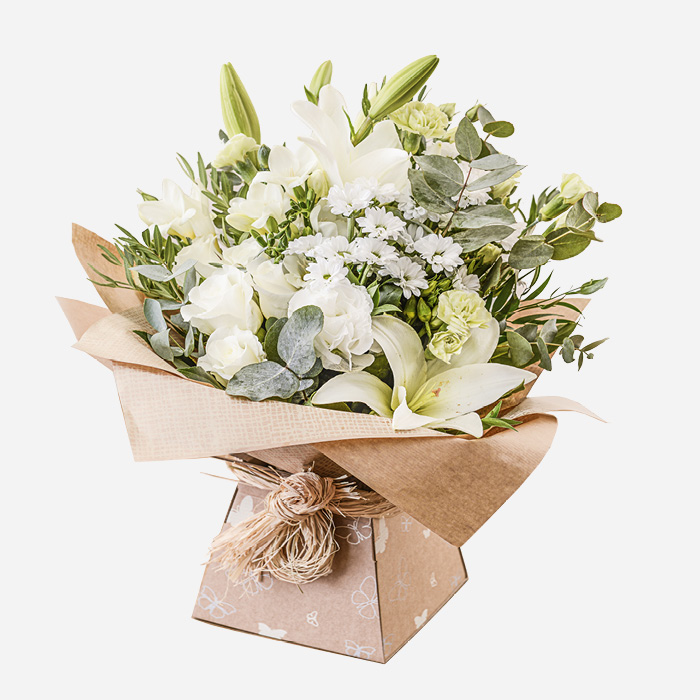 A fabulous collection of white and cream flowers make this the perfect gift .

Lily is supposed to signify purity and the same are expected of your relationship which should be pure for many more years to come. For the third year of the marriage anniversary, sunflower is the best gifting idea as this flower is supposed to represent strong bond, warmth and fidelity which are so very crucial for the success of any marriage. The same way there is a flower for each anniversary and so anniversary flowers in general have a big role to play during these special anniversaries. 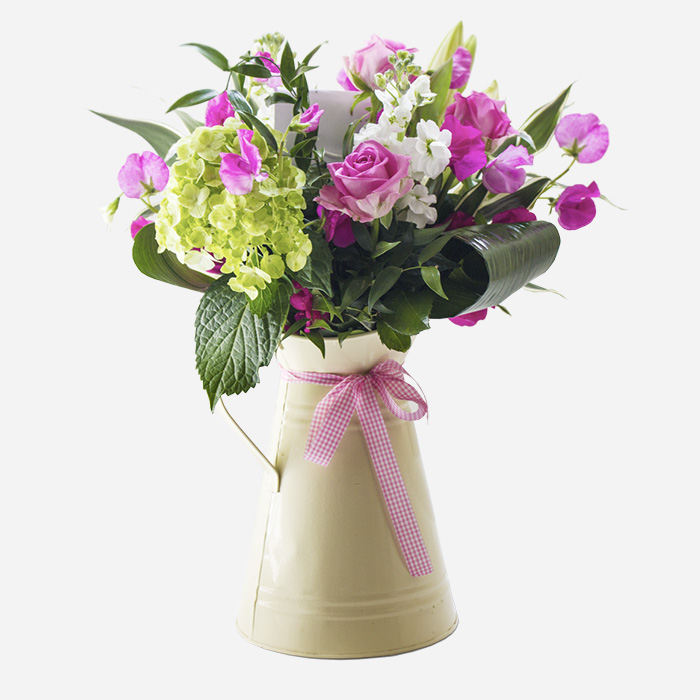 A perfect gift made up of beautiful blooms and greenery, arranged in a vase. 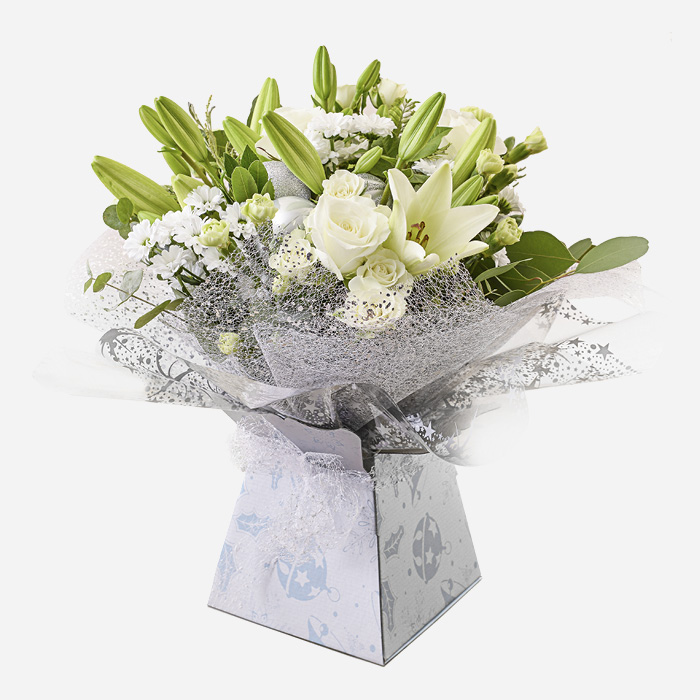 A creamy selection of blossoming buds in shades of white.

Don't just take our word for it... See what our valued customers have to say:

“The basket of flowers were delightful and the recipient was very happy. Photos of the flowers were sent to me from the very happy couple on their 60th wedding anniversary. Thank you!” ~